Nighttime Hero: What Retinol Night Serum Can Do for You

Forever Young: All About The Best Anti-Aging Creams

What Is Partial Reprogramming?

No, partial reprogramming is not about reviving your old cell phone or getting the latest software update for your car. Instead, it is about reprogramming human cells for rejuvenation, which could eventually lead to new treatment options for disease.

The term “reprogramming” describes how cells are encouraged to revert to an undifferentiated state that allows for the expression of a greater variety of genes. Also called “cellular reprogramming,” the technique works by intervening in the process that converts stem cells into more specialized somatic cell types after birth. A portion of a cell’s identity can be reversed using this technique.

The idea of reprogramming cells is one of the most promising approaches to regenerative medicine because this technique allows scientists to take a differentiated somatic cell and return it to a pluripotent stem cell state, meaning it can be a cell that can transform into any cell. This in turn enables them to direct the somatic cell’s development into new tissue types. 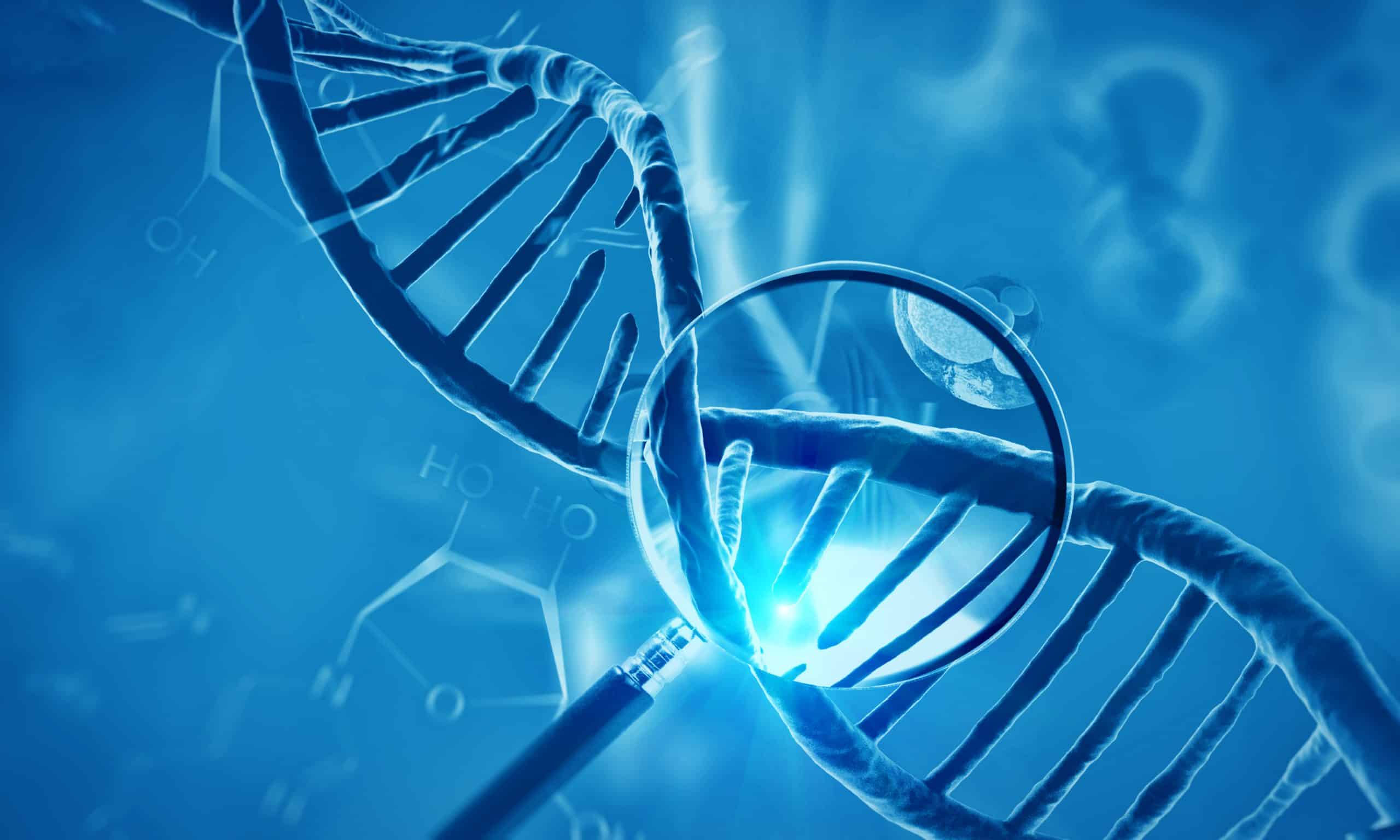 Partial reprogramming is a more efficient and versatile way to alter existing cells than other techniques, with applications that could include treatment for diabetes, blindness, and neurological conditions such as Parkinson’s disease. Even if you don’t have any medical conditions, reprogrammed skin cells have been shown to repair damage caused by aging and sun exposure, which show a possibility for this technique to help reduce the adverse effects of aging.

It’s important to understand, however, that partial reprogramming is not a perfect process. The research is just beginning, we are nowhere near a 100% success rate. The resulting stem cells now have been seen to have genetic abnormalities, making them unsuitable for therapeutic use in humans. In addition, there is concern that this research method could contribute to the creation of cancerous tissue if the stem cells are not carefully monitored after conversion.

With so many pros and cons, this therapy should be carefully evaluated if you are considering it. This article will help by reviewing partial reprogramming and how it works, and by showing how it may be used in restoring youthful genes. 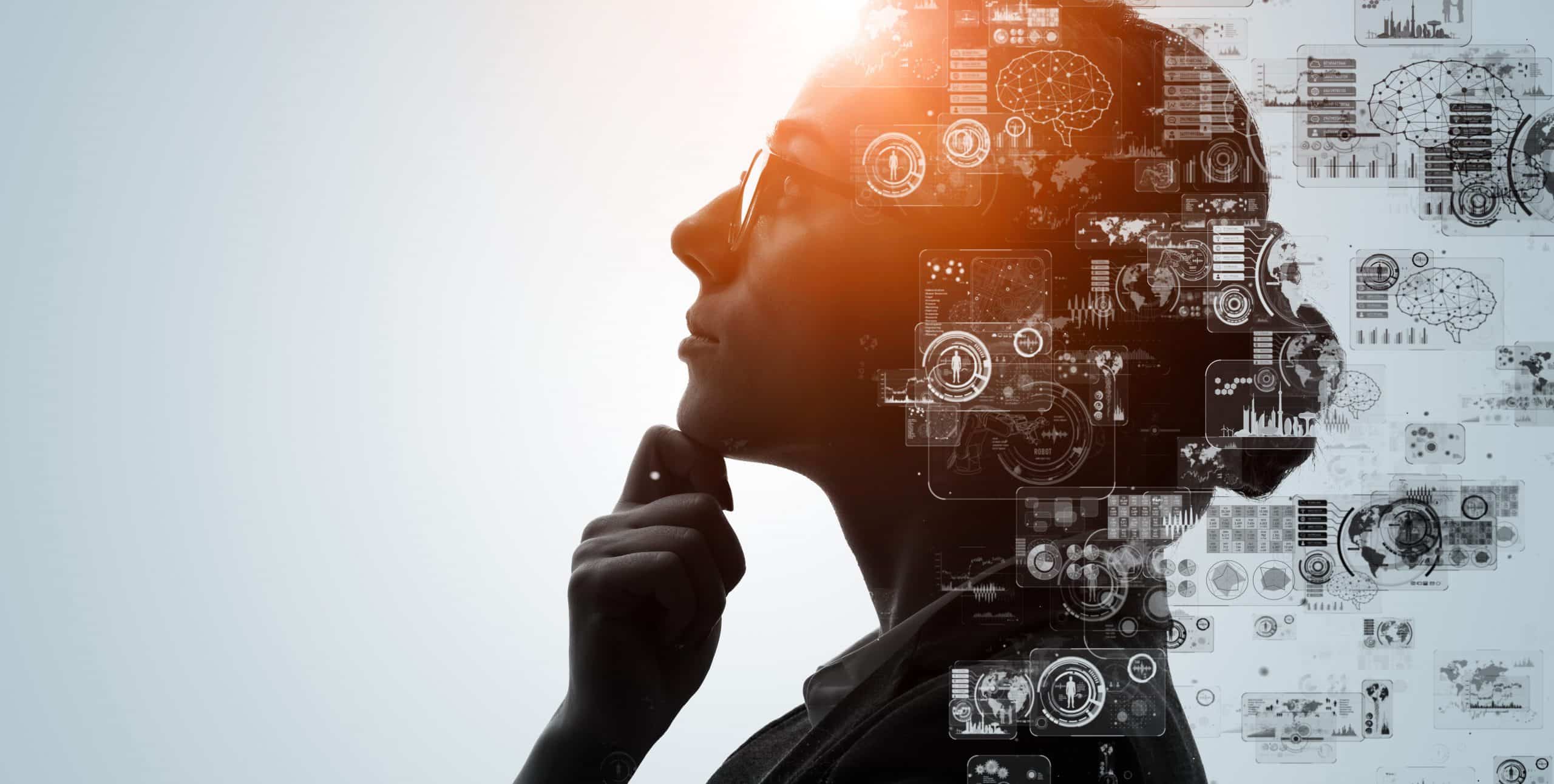 What Is Partial Reprogramming?

Cells in the human body occur in two forms: those that can transform into any cell and those specialized for a specific function.

Pluripotent cells exist during the early embryo phase of human development. These cells can become muscle, nerves, or any other specialized cell in the body. After birth, these cells lose their ability to become another type of cell. Although they can divide and reproduce, they remain a single type of specialized cell. The process of developing to this state is known as differentiation.

Partial reprogramming reverses differentiation by partially reversing a cell’s identity, allowing it to revert to a state where it can generate new types of cells in response to environmental cues.

The converted adult cells turn into induced pluripotent stem cells (iPSCs). The reprogramming process involves creating a hybrid cell, or a cell that expresses the genes of both the donor adult cell and the iPSC to induce a state of partial reprogramming. The hybrid cell can then differentiate into different cell types using specific cues, such as growth factors. These factors can also induce complete reprogramming, creating iPSCs that are genetically identical to the original donor.

We can use this process to generate new tissues for research purposes or medical use in transplantation. In addition, researchers can study the genetic and cellular mechanisms involved in cellular differentiation and maturation.

Partial reprogramming is interesting because it hints at the possibility of one day being able to complete treat diseases that involve damaged cells, such as Parkinson’s disease, leukemia, or diabetes. 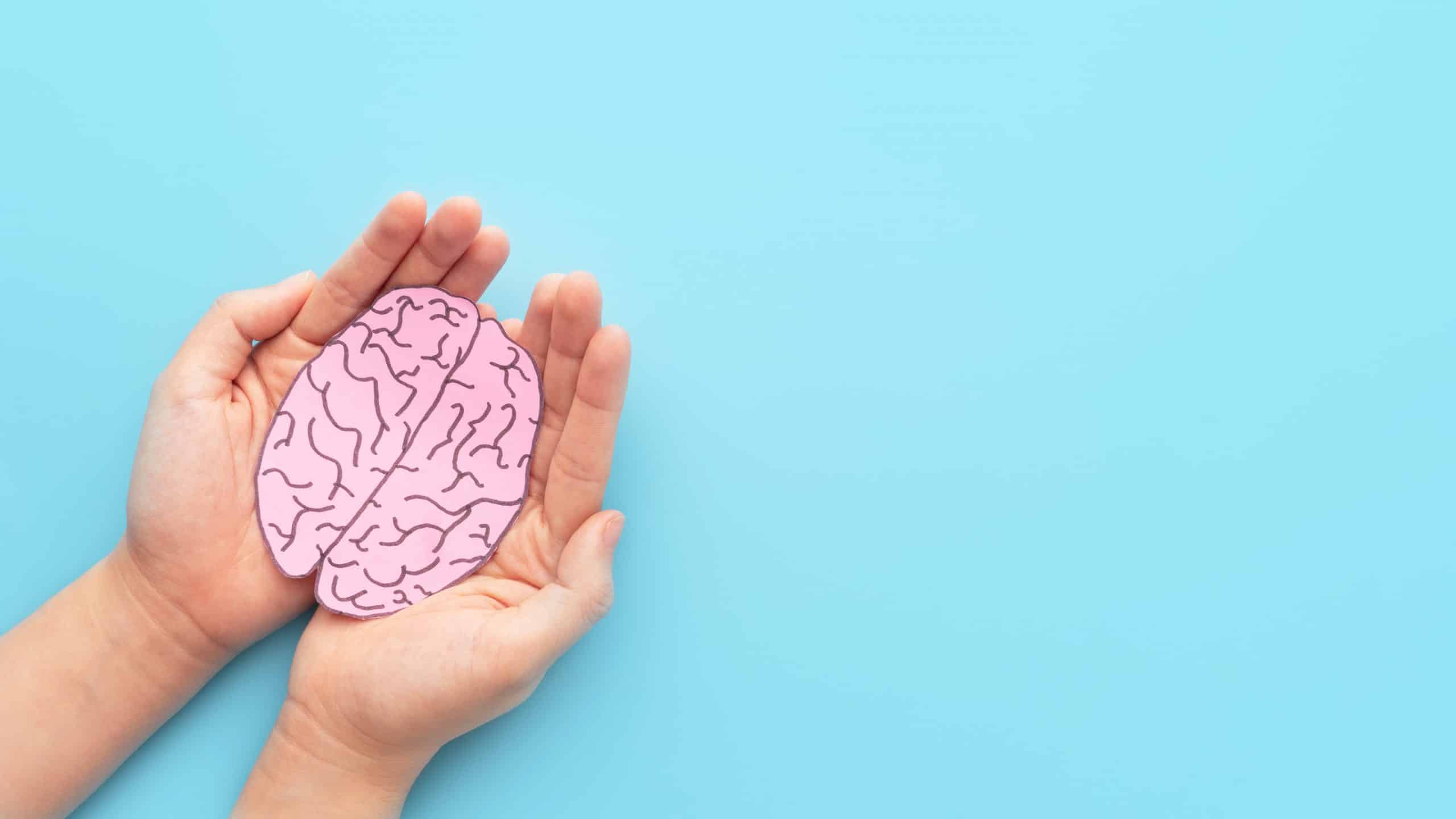 How Does Partial Reprogramming Work?

All of your cells contain the same DNA, but only a fraction of the genes are activated in any given cell type. For example, liver cells activate genes associated with liver function and suppress genes related to other cell types.

The process of reprogramming, or differentiation, occurs when cells change their function and specialization to suit the needs of their environment. For example, if a specific body area becomes injured, some muscle cells may turn into blood cells to help restore lost blood volume and heal the wound. Processes have been introduced to change cell types before, but they require a complete reprogramming of all the genes. This is inefficient and produces many non-functioning cells and many that are unuseful.

After partial reprogramming, the new stem-like state of the cell allows the cell population to become multipotent, which means it can differentiate into another type of cell with unique characteristics. Usually,cells become more and more specialized as they divide—for example, a stem cell will become an immature neuron, which will then become a fully-functioning neuron.

Partial reprogramming is a relatively new and still developing area of research that shows potential for treating a wide range of diseases. Stem cells can differentiate into any cell type in the body, but it’s a one-way street under normal conditions, which shows its riskiness. Once determined, a cell type cannot revert to its earlier state, as this would undo all the changes in gene expression involved in making it a specialized cell.

Additionally, researchers have found that because only some of the cells original genes remain activated during cell reprogramming, which is why the process is called “partial,” there is more likelihood that the remaining fully pluripotent stem cells would develop into tumors if transplanted into a patient’s body. 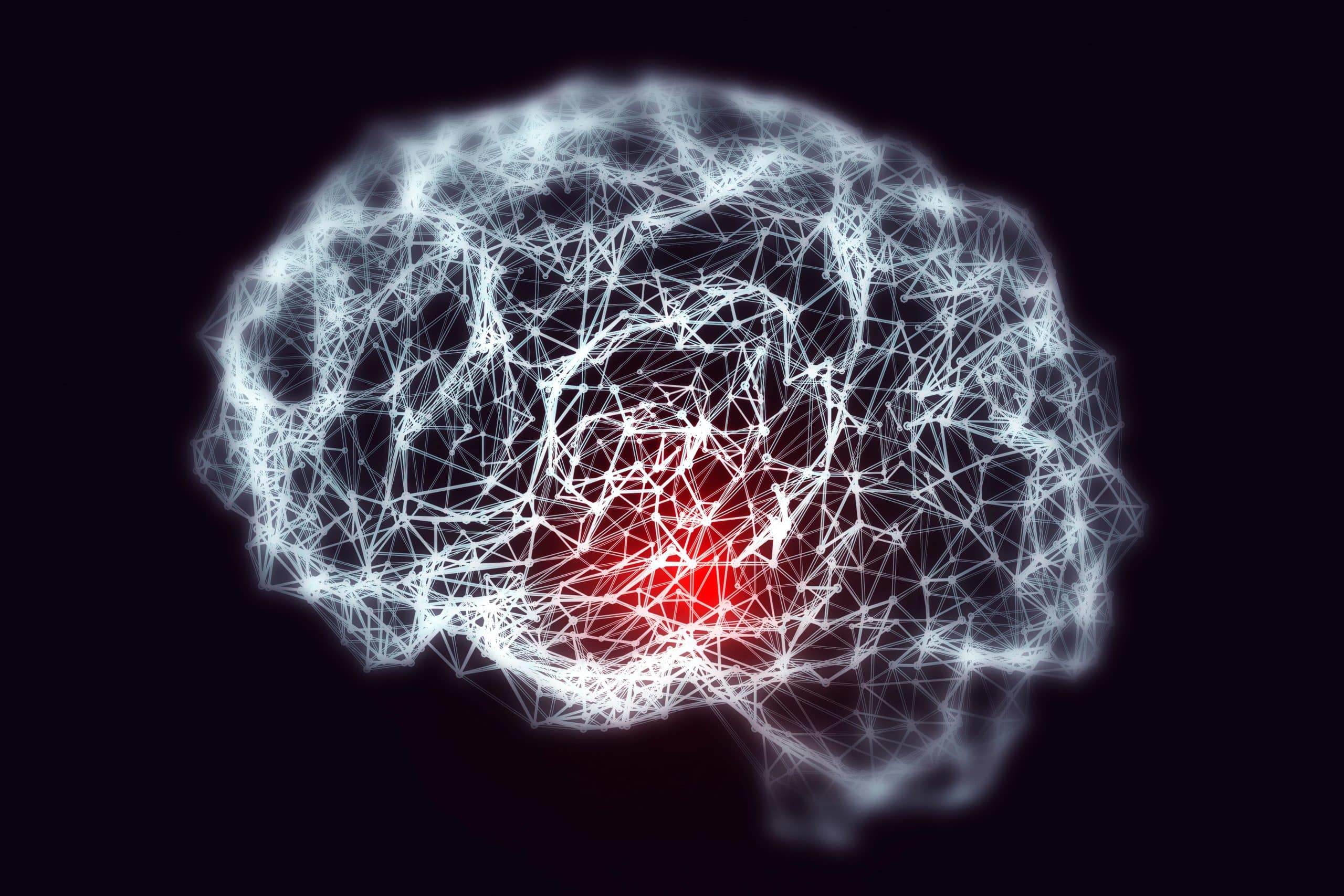 Stem cell rejuvination is one of the hottest research areas in biology and medicine. In theory, stem cells can be used to grow new organs or reverse the effects of certain diseases.

Stem cells are found in large numbers in embryos, but they also exist in adults, known as adult stem cells. These stem cells have been shown to have limited differentiation potential – that is, they can only become a few types of cells – and tend to be more specialized than embryonic stem cells. That makes them less useful for research, but it’s also why they don’t trigger the same ethical concerns as embryonic stem cells.

Because stem cells are undifferentiated cells with the potential to become other specialized cell types, scientists can potentially use them to treat various medical conditions. The goal of both partial and full reprogramming is to make one cell type take on new characteristics, but the two methods achieve this aim in different ways.

In the lab it’s possible to “trick” differentiated adult cells into behaving like “baby” stem cells using reprogramming. Researchers have been working on tricking adult stem cells into reverting to their embryonic state for quite some time. This can be done through genetic engineering or by directly introducing a protein or small molecule into the cell. This technique is known as iPSC reprogramming and has been demonstrated multiple times. The process works by intervening in the process that converts stem cells into more specialized cell types after birth. By overriding that process, researchers can cause cells to revert to an undifferentiated state that allows for the expression of a greater variety of genes. 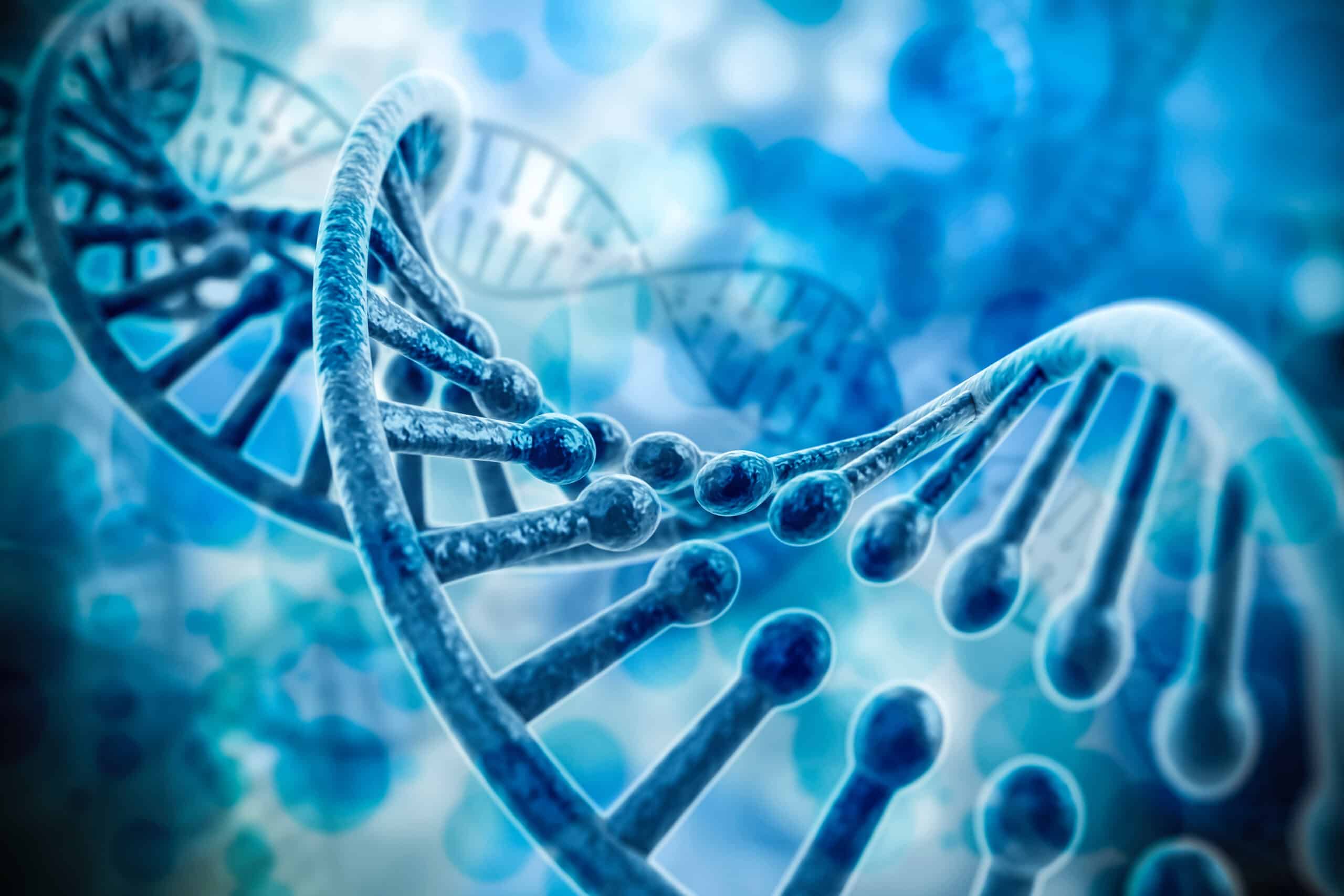 Aging is characterized by changes in gene expression that are specific to each tissue. This raises the question of whether it is possible to reverse aging in an individual cell by restoring specific youthful genes rather than rejuvenating whole animals.

Some genes show a decline in activity with age, whereas others become active as cells age. If scientists can identify the genes involved in natural aging processes and reactivate those that decline with age, they may be able to restore cells to their youthful state.

Because stem cells are the body’s master cells, the blank slates that can grow into any other cell type, scientists use partial reprogramming to return mature, adult cells -such as skin or blood- back into pluripotent stem cells for rejuvenation.

Researchers believe this could have many benefits for science and medicine, as it offers a new way to study diseases at the cellular level. Doctors might be able to grow replacement organs from patients’ cells, for example.

The researchers also used partial reprogramming on mice between 1.5 and 2 years old—about 60 years old in human terms—and found that it restored youthful gene expression in their muscles. In addition, the treated animals showed improved signs of metabolism and better physical performance than untreated mice over three months.

The ability to reverse age-associated gene expression may help scientists understand why some people live longer than others and potentially lead to new treatments for age-related diseases. 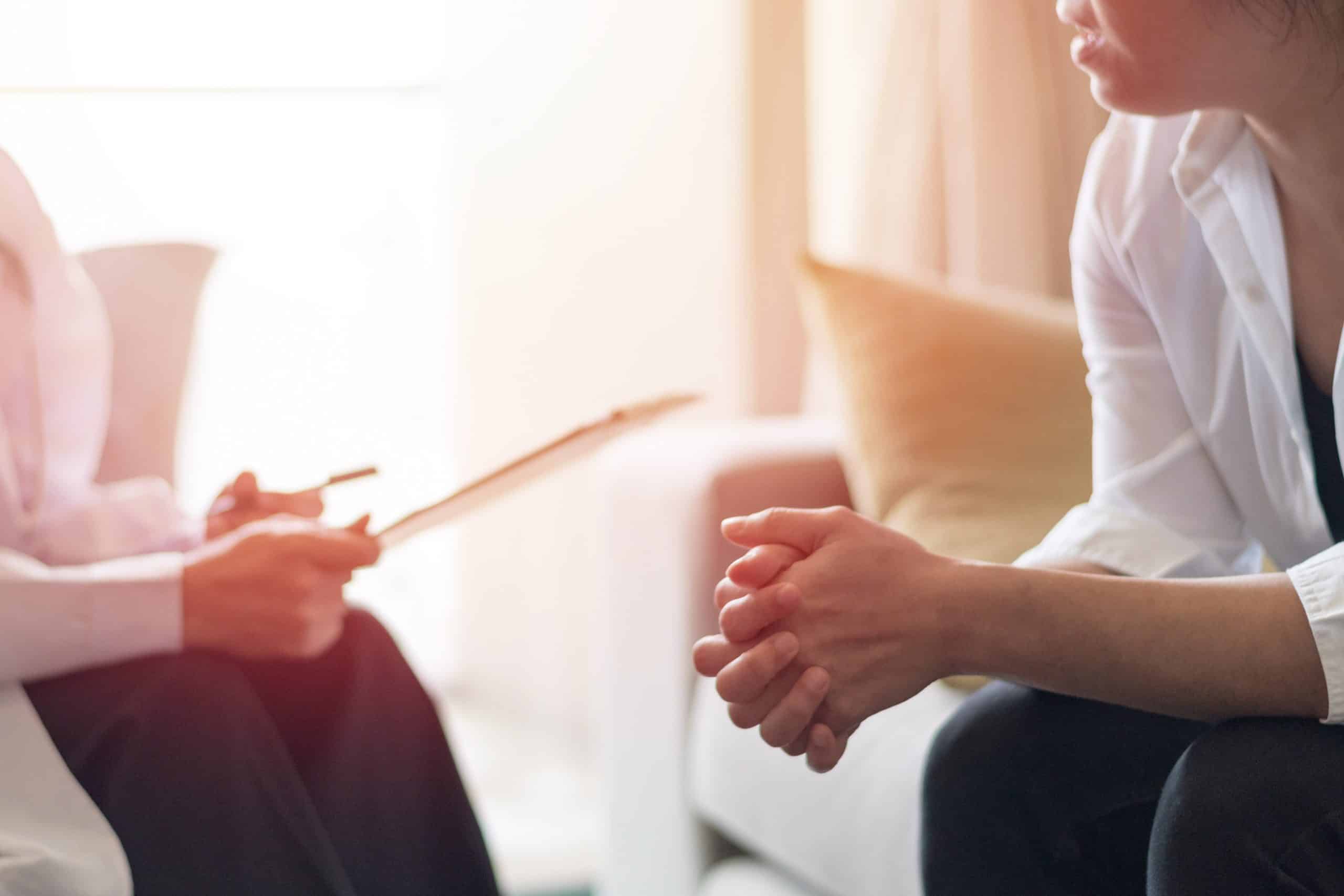 Partial reprogramming seems promising because it is much more efficient than fully reprogramming stem cells at switching on youthful genes, which could mean that scientists can study how these genes work together in a way that has never been possible before. Moreover, because partial reprogramming doesn’t reverse the entire cell back to its embryonic state, so it reduces the risk of uncontrolled growth and cancer compared to complete reprogramming techniques.

Though this process holds exciting possibilities for medical breakthroughs, always remember that cellular differentiation is a one-way street. Once specialized into a particular cellular state, a given cell cannot revert to an unspecialized state. At least not without extensive treatment with chemicals or other factors that disrupt normal cellular processes. This inability to reverse cellular differentiation is one of the reasons why many diseases are so difficult to treat. If a person’s cells are damaged or become cancerous, there is no way to replace those damaged cells with healthy new ones from the patient’s body.

However, as research on partial reprogramming develops more, we may see better and better results in treating disease — and possibly, reversing aging!

Got Wrinkles? In Just 7 Days, You Can Make Them Vanish

Is Your Skin Aging? Learn How To Combat Wrinkles

DIY Face Masks Can Be Super Effective or Super Scary

Metabolic Age: What it is and How it Can Help Slow Aging

Nighttime Hero: What Retinol Night Serum Can Do for You

Forever Young: All About The Best Anti-Aging Creams

December 26, 2022
We use cookies on our website to give you the most relevant experience by remembering your preferences and repeat visits. By clicking “Accept All”, you consent to the use of ALL the cookies. However, you may visit "Cookie Settings" to provide a controlled consent.
Cookie SettingsAccept All
Manage consent

This website uses cookies to improve your experience while you navigate through the website. Out of these, the cookies that are categorized as necessary are stored on your browser as they are essential for the working of basic functionalities of the website. We also use third-party cookies that help us analyze and understand how you use this website. These cookies will be stored in your browser only with your consent. You also have the option to opt-out of these cookies. But opting out of some of these cookies may affect your browsing experience.
Necessary Always Enabled
Necessary cookies are absolutely essential for the website to function properly. These cookies ensure basic functionalities and security features of the website, anonymously.
Functional
Functional cookies help to perform certain functionalities like sharing the content of the website on social media platforms, collect feedbacks, and other third-party features.
Performance
Performance cookies are used to understand and analyze the key performance indexes of the website which helps in delivering a better user experience for the visitors.
Analytics
Analytical cookies are used to understand how visitors interact with the website. These cookies help provide information on metrics the number of visitors, bounce rate, traffic source, etc.
Advertisement
Advertisement cookies are used to provide visitors with relevant ads and marketing campaigns. These cookies track visitors across websites and collect information to provide customized ads.
Others
Other uncategorized cookies are those that are being analyzed and have not been classified into a category as yet.
SAVE & ACCEPT